Watch the US Banking Index $BKX


DOW has since improved its position.  It made a 3 white soldier pattern on Tuesday as shown in the attached.  This was mainly because Obama had deferred his decision to use military force in Syria. 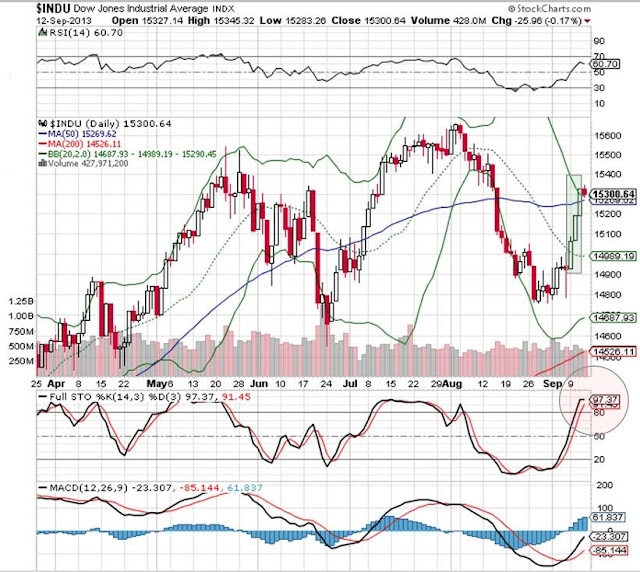 DOW suffered a small pull back as expected after having formed the 3 white soldier pattern.  DOW should regain its position when the prevailing conditions remain.  However,  no jump in DOW will be seen until the banking index,  $BKX, can improve the position.﻿

As shown,  the $BKX has recovered slightly since end August but not as strong as DOW.  It has tested the 50% of RSI on Tuesday but failed to cross over it last night.  Although its stochastic and MACD shows bullish formation,  it is getting weaker.  The consolation is that the 50-day MA is still trending up which means that there is still a chance that  $BKX will improve and continue to play  the leading role. 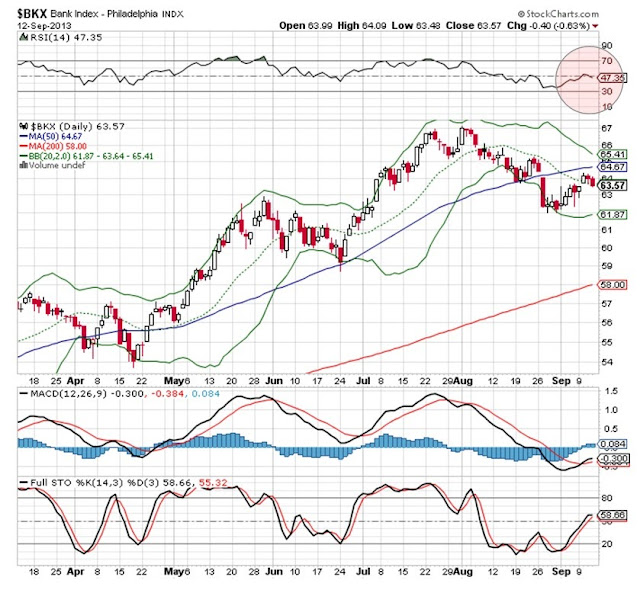 
In May,  it was pointed out that the US Banking Index will lead the falls of US stock market.  That index has since broken the 4 year high as well as the upper channel line that bounced the price from mid 2012.  It is heading to test the 5 year high. 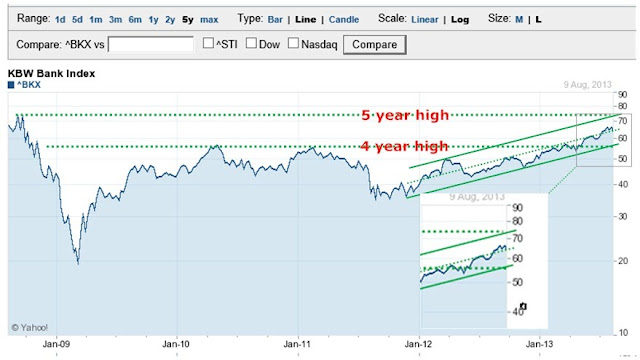 Why the Banking Index?

The rise and stock market are always credit related.   The relationship is even stronger this time with the rampage of QEs. The May article has indicated that the banking index,  $BKX, will lead the market fall.  It is therefore important to pay attention to this Index.

As shown in the chart above,  $BKX has broken the 4 year high and is going to break the 5 year high.


The following chart that compares the indexes of DOW and $BKX will show that $BKX is leading the DOW,  jumping up since Mid June and showing little sign of fatigue. But the fall of  $BKX have just been confirmed last Friday.  DOW's fall was confirmed mid last week. 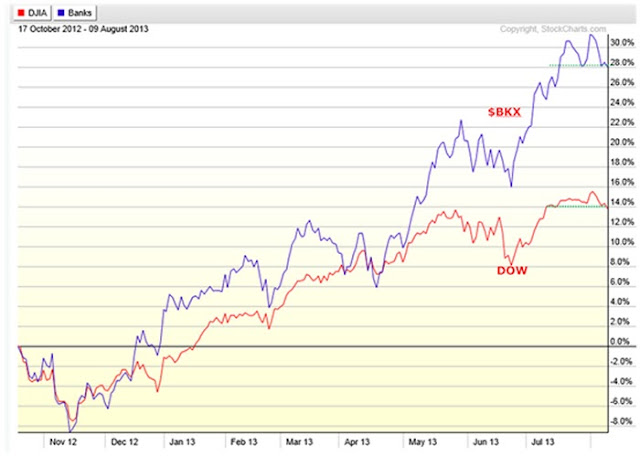 What is the Macro Picture?

After having formed the bearish Harami on 2 August,  $BKX has 3 subsequent downfall days confirming the Harami candlestick.  It has created also a candlestick gap on the 3rd day which was quickly covered on the 4th day by a doji,  on 8 August.  The fifth candlestick last Friday confirmed the down trend.  Because the confirmation was weak,  there might be a possibility that $BKX will want to retest this support turned resistance line.  Should that fail,  $BKX will head to break the 50MA and cover up the candlestick gap created on 5 July 2013. 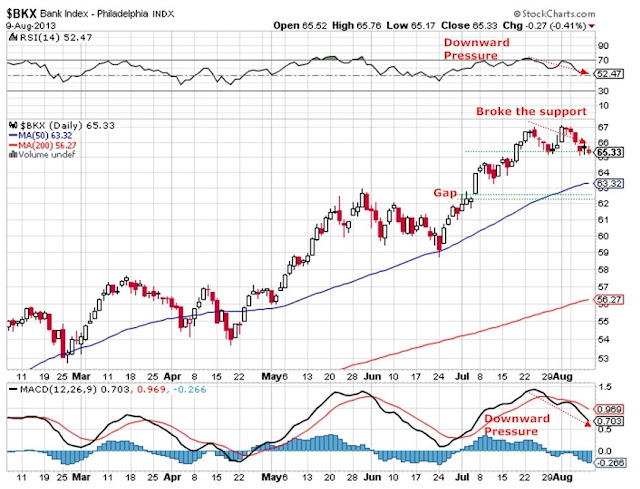 It may be good to pay attention to the development in $BKX and check regularly if $BKX will lead this great fall in the stock market. 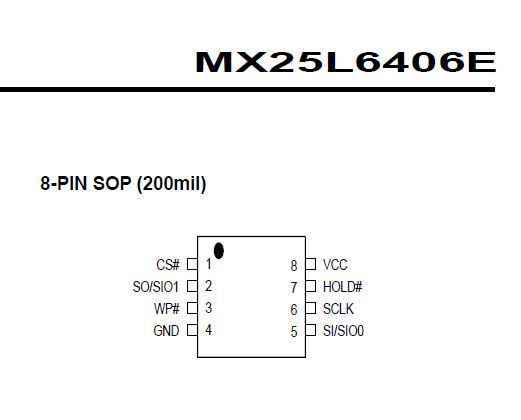 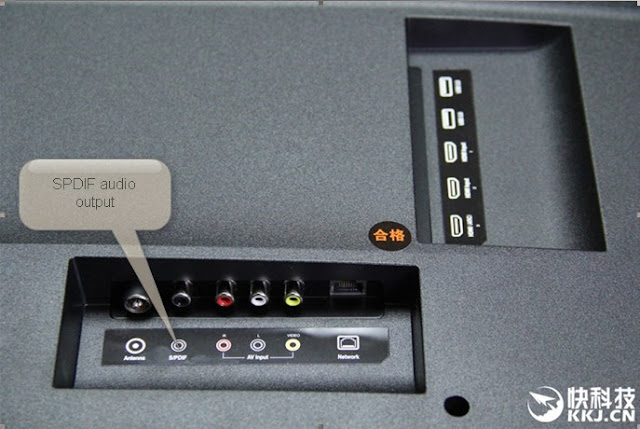 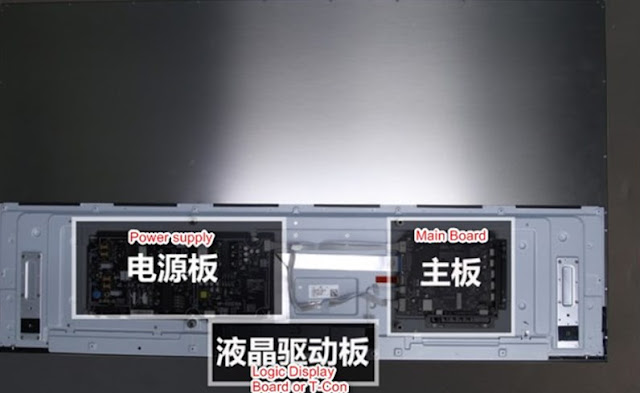